We’re about to configure the Terminal to display helpful information when in a directory that’s under version control. This is an optional step! You do not need to re-configure your terminal for Git to work. You can complete the entire course without reconfiguring it. However, reconfiguring the Terminal makes it significantly easier to use.

If you choose to configure your Terminal, here’s what it should look like when you’re finished. 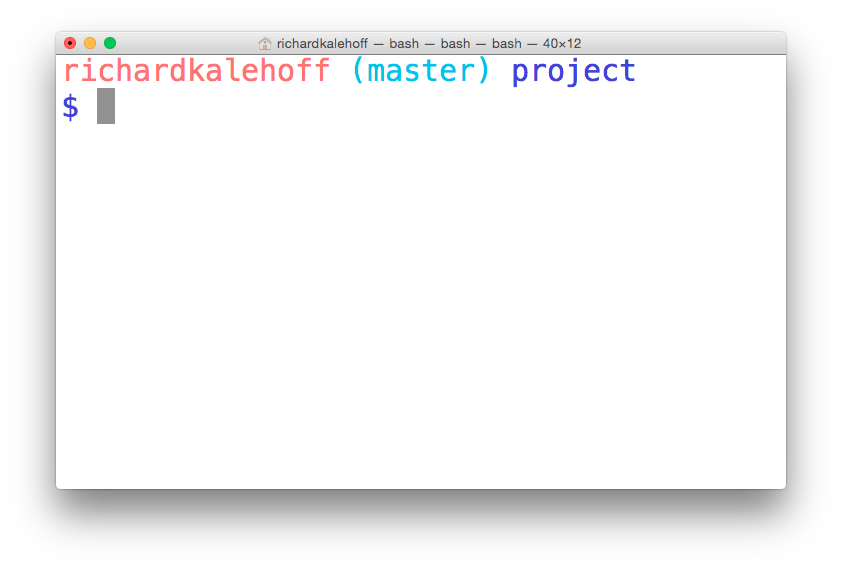 To configure the terminal, we’ll perform the following steps:

Before you can start using Git, you need to configure it. Run each of the following lines on the command line to make sure everything is set up.

The last step of configuration is to get Git working with your code editor. Below are three of the most popular code editors. If you use a different editor, then do a quick search on Google for “associate X text editor with Git” (replace the X with the name of your code editor).